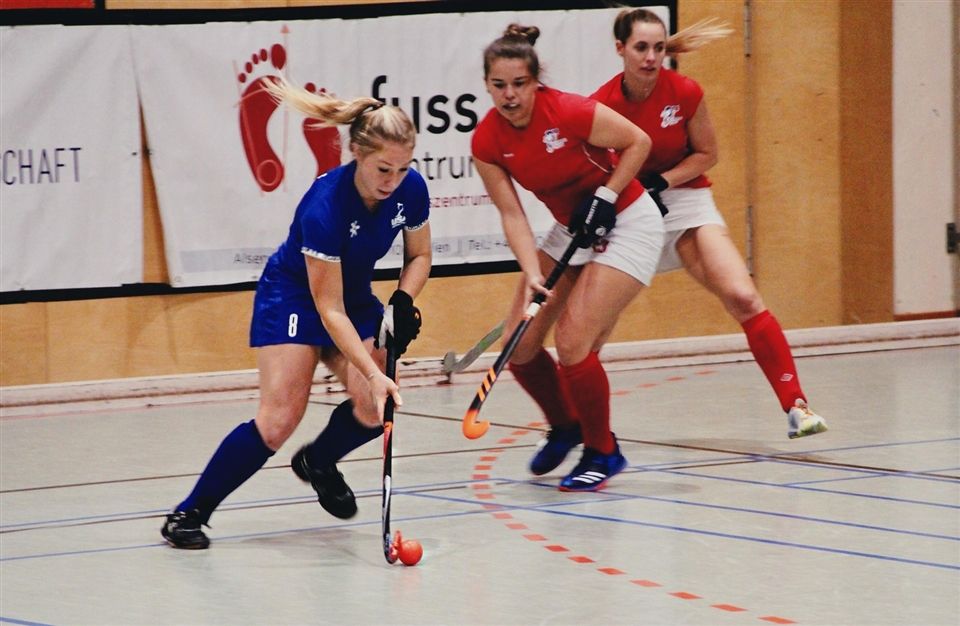 Quite frankly, Mayv Clune feels fortunate still to be a field hockey player, let alone one who represents the Red, White and Blue.

In March 2017, she was training with the junior national team at Duke University when she injured her left knee in what was originally diagnosed as a PCL sprain. It turned out to be a tear. She continued to play, including at a tournament in Germany, and she continued to see doctors, including one who eventually said that she should not play again.

Finally, three months later, she met with Dr. Robert LaPrade at the Steadman Clinic in Vail, Colorado. LaPrade fixed the knee surgically, gave her a regimen, and after a year and a half, Clune was back on the field at the University of Maryland.

“I’m lucky to find the doctor that we did,” said Clune, a Quakertown resident who led Moravian Academy to the 2016 PIAA Class A championship. “I would not be where I am today.”

Clune, named after the famous Irish queen Maeve, hasn’t looked back.
Last week, she played for the U.S. national Indoor team in the Rohrmax Cup in Vienna, Austria. She had a goal and an assist for the United States Blue team in a 2-1 win over SV Arminen of Austria in the 7th/8th place game.

The U.S. selected 19 players, then divided them into two teams for the Rohrmax Cup. They traveled, trained, dined and saw the sights together, but played in different four-team pools. USA Gold went 2-1-0 and took third place. USA Blue went 0-2-1 and took seventh.

The next big tournament for U.S. hockey is the Pan American Games in March. Those rosters have not yet been announced.

Clune, the 2016 Morning Call co-player of the year, took a redshirt in the Fall of 2017 and has two years of eligibility remaining at the University of Maryland. Next year, she will call Wright a teammate when the Liberty High recruit joins the Terrapins.

Clune’s mother, Diane Clune Molinaro, played for the U.S. Olympic team in 1988. Mayv said that her goal is to some day do the same. Clune Molinaro briefly coached the Quakertown field hockey team, but gave it up to spend more time watching Mayv.

“[Playing in the Rohrmax Cup] is the highest accomplishment I’ve had,” she said. “A goal of mine has always been to represent my country. I’ve had a few setbacks, but it’s still a goal for me. I’d love some day to play in the Olympics and follow in my mom’s footsteps.”

Indoor field hockey is a little different from outdoor field hockey. There are six players on a side and the field is half as long (50 yards) and narrower. Clune said that playing indoor helps with her speed, skill and decision-making.

The two styles of play do not always necessarily translate, but in her case, they do.

“I’m learning how to make decisions in a fast-paced game,” she said. “The men’s team is such a fast-paced paced game. They’re able to make good decisions. The speed of making decisions is what I’ll take away from the trip.”

Her knees and ability to play the sports have taken Clune to several different countries.

“The team I was on made the experience fun,” she said. “When I travel to a different country, I try to embrace the culture. One of the better experiences is branching out and try new things. I’ve traveled to China. It definitely is an eye-opening experience. There are things I’ve never seen before or eaten before.

“Being able to see the culture of field hockey in a different country is interesting. In America, it’s not as embraced as it is overseas. Men’s field hockey tends to be more popular abroad. To see that culture and see it embraced was a great experience.”

That experience did not seem likely three and a half years ago.

This article originally appeared in The Morning Call on January 10, 2020.