Russia's influence campaigns may be more sophisticated than we thought 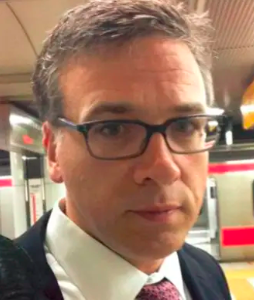 Russian political interference campaigns may work differently than we have previously understood, with new research suggesting they may be both more advanced and more targeted.

Social media influence campaigns, which have been successful in swaying political opinion particularly in the United States, appear to be zeroing in on topics that create a specific political response in their target populations, rather than simply stirring divisions between communities.

The aim, according to lawyer and researcher John Fuisz '85, is to shift the outcomes of political races for or against an incumbent.

So-called “issue-targeting” has been documented in the US mid-term elections and in Britain’s local elections in May, according to Fuisz’s start-up SSR Industries, working in combination with researchers from Virginia-based George Mason University.


Evidence of this type of political interference using social media has also been detected in campaigns aimed at voters in Pennsylvania and Wisconsin during the 2016 election in the US.

“By starting with issues, rather than demographics, it’s easier to find a group to target for influence,” said Washington DC-based Fuisz.

Those intent on interfering work out the "implicit bias", defined as pre-existing attitudes or stereotypes that can shape the decision making of a consumer.

Pushing material that taps into the implicit bias can then shift perception. The ability to “issue-target” can help explain both the subtlety and efficacy of the online interference campaigns that political analysts fear is menacing open democracies.

It also sheds light on a little-discussed aspect of Russian information operations: how to decide on what topics to exploit.

﻿The mechanics of online opinion formation in influence operation have been studied in Russia as far back as six years ago.


A 2012 report in the Russian business journal Kommersant detailed a series of contracts let by the Russia intelligence agency seeking people to research the ability to understand how information is spread on social media. Included were the "methods of covert control on the internet", and the "dissemination of special information on social media platforms."

“Issue-targeting” appears to be related to this area of research. Those running such a campaign consult publicly available information about political opinions like that found on election forecasting sites, for example, according to Fuisz.


Those sources can contain hints about the motivations and interests of voters, which are then tested as issues on social media for their ability to catalyse a response online.

For example, using a combination of human analysis and purpose-built software, SSR identified “Korea” as a possible “catalyst issue” that was used to sway opinion in the Senate race in the US state of Missouri.
The subject was perceived as one that could bias voters against incumbent Democratic Senator Claire McCaskill in favour of a Republican, perhaps because of the Senator’s hawkish statements on Pyongyang, or because of Trump’s perceived “success” of the Singapore summit with Kim Jong-un in June.

SSR's Fuisz has concluded that an adversary to the US began actively testing "Korea" as an idea that would – whether rationally or not – negatively affect perceptions around McCaskill, who was facing a toss-up election.
McCaskill had already been targeted by Russian state-backed hackers. Even so, the consensus view in an election futures market in early October was that McCaskill would prevail in what was a close race.
"As Senator McCaskill’s consensus rating increased, which represented her perceived chance of victory, the number of ‘Korea’ tweets coming through the network increased."


"Senator McCaskill’s consensus [expectation of winning] then dropped indicating the attacks were effective."

McCaskill lost her Senate seat at the mid-term election after Donald Trump campaigned for her rival. Her loss likely cannot by fully attributed to any influence campaign, as other political factors were in play, but researchers say it may have had an effect.

﻿George Mason University associate professor Trevor Thrall, whose team collaborated on the work with SSR, said the results suggested Russian, or foreign adversaries, could have a greater effect on local, rather than national elections in the US.

“With fewer voices competing to influence the outcomes [of individual elections], Russian interference could play a relatively bigger role in shaping public discourse, attitudes, and voting patterns,” Thrall said. “I personally am much more worried about Russian efforts to influence local and state elections than I am about their ability to alter outcomes at the national level."
The risk is hightened by the fact that in the US, movements often only shape national politics after being embraced at the local level first, Thrall said.
Another issue-based campaign to influence British voters was discovered in April, ahead of local British elections. One UK-based blogger's conspiratorial views that the Skripal poisonings, the Syrian War, NATO and Brexit topics were related was pushed by a network of accounts, some human, some likely not.

A surge in volume of tweets from a mere 14 Twitter accounts, pushed out a content on these issues, all of which were seen as tapping an implicit bias against the conservative government of the UK, led by Theresa May.
In “issues-targeting” the origin of the catalyst doesn’t matter as much as its effect. So real news, alternative news, propaganda can all be equally effective if they shift the behaviour of the target.

While May wasn’t up for vote, Labour saw an 8 per cent swing towards it in local elections, while Conservatives retreated 3 per cent overall.

Such influence campaigns also provide a lever that can be pulled to damage a candidate’s standing.
Given the increasingly polarised nature of political debate on social media, it actually takes less of a push to shift opinions, recent unrelated research from MIT shows.

“[Researchers] found that on polarised networks, a few bots are able to shift a disproportionate number of people over a threshold,” according a summary of a recent paper.

Clearly, the UK attack would not have been the only factor driving PM May’s slumping popularity. Yet the issues outlined tapped the implicit bias of voters, hardening their views against the UK leader.
A backward-looking analysis of key races in the 2016 US election yielded evidence of the term “unemployment” being used as a catalyst to affect perceptions in the state of Pennsylvania on Twitter and Facebook, helping deliver the state to US President Donald Trump.
Another campaign was discovered retrospectively in Wisconsin. It used Twitter, YouTube and Facebook. This campaign even reused an undetected Russian accounts from the infamous Jade Helm exercise of 2015.
In this exercise, a routine US military exercise in Texas became the source of online hysteria over fears that it was actually a plot by the Obama Administration to round up political dissidents. Fears prompted the Texas governor to dispatch observers and reassure the public. This was later seen as a test of Russia’s influence capabilities ahead of the 2016 election.

Like Russian influence operations of the past, the goal is not always straightforward.
In the 1980s, the US State Department concluded Russian influence ops don't "necessarily seek immediate gains and are not looking for a major impact from every effort."

Continually damaging Western politicians may be the goal, rather than achieving a specific electoral outcome. Yet the ability of a numerical minority to shape the broader conversation online is supported by findings elsewhere.
Looking at the debate around the murdered Saudi journalist Jamal Khashoggi on Twitter, Alexei Abrahams at Citizen Lab at the University of Toronto found that just 485 human-controlled accounts drove 80 per cent of traffic out of 400,000 unique accounts from October and November.

Rather than relying on motivating masses with bogus memes and false political propaganda, “issue-targeting” can focuses on a specific human bias. (Fuisz’s past work involves understanding customer motivation.)
Deep Research

How views are shaped online, and what can change them, are topics Russia has researched at least since 2012.
In that year, Moscow-based business journal Kommersant reported a trio of contracts, worth 30 million rubles (then the equivalent of $A900,000), tendered by intelligence service SVR for firms to develop “new methods of monitoring the blogosphere”.
The contracts aims were “the massive expansion of information sources on social media platforms with the goal of shaping popular opinion.”

The first project described in the Kommersant article, called "Dispute" would “monitor the blogosphere, undertaking ‘research into processes of the shaping of internet social groups that spread information on social media platforms’ and ‘delineation of factors that influence the popularity and spread of information."

That information would be analysed by another system called "Monitor-3" whose purpose was “the development of methods of organisation and control of virtual internet societies of designated experts”.

A third system, called "Sturm-12", was designed to be a complex “for the automated dissemination” of information and the development of “mechanisms to initiate scripted scenarios for mass audiences on social media platforms”.

The article said the SVR systems could be used for internal as well as external audiences, beginning in Eastern Europe.
The timing of the US announcement, followed by the Russian one may suggest that the Russian state was reacting to what it believed was aggression aimed at it.

In 2011, the Pentagon awarded a $US2.7 million contract to a company for a system that would allow it to manipulate social media sites in conflict zones. The US government is prohibited from promoting propaganda to its own citizens.

While there is no confirmation the systems discussed in Kommersant are being used for “issue-targeting”, the report showed a Russian awareness of the concepts in the realm of social media.

The issue may not be how to divide the masses, using banks of human trolls and armies of bots, but how to find the nexus of an online debate, and then how to inflame and manipulate it from afar.

It could help explain how the controversy of certain issues can be amplified without an appreciable increase in accounts. It’s only after this initial phase that the masses weigh in - both genuine and automated.
As Fuisz said: “By the time a social media interference campaign is visible to the public, it’s already happening.”