What Do Assisted Living Residents And Preschoolers Have in Common? 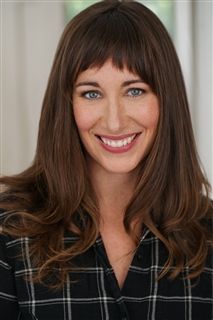 Independent filmmaker Evan Briggs ’96 deeply moved audiences around the globe with the release of her first feature-length documentary, “The Growing Season,” in 2017. The film captures the intergenerational connections between Seattle’s Providence Mount St. Vincent long-term nursing and assisted living residents and the young children of the preschool that is also housed at the home.
“I was drawn to this topic because I felt there was a lack of empathy on a cultural level for older adults,” said Evan. “The way that we as a society have chosen to handle aging is to deny that it’s going to happen to all of us. We essentially warehouse older adults and segregate them so they are cut off from the rest of society. What makes us human is the relationship with one another and it’s really devastating to b completely deprived of the basic need for connection.”
According to the film, the global population of adults ages 80 and up is expected to triple by the year 2050, and nearly half will experience social isolation. Despite noted benefits for the quality of life of both elderly residents and younger children, less than one percent of assisted-care homes share spaces with preschools or daycares in the United States. Through “The Growing Season,” Evan and her team hope audiences will be inspired to create programs similar to Providence Mount St.
Vincent’s in their own neighborhoods.
Upon the release of the film’s trailer in 2015 as part of a fundraising effort, “The Growing Season” received press coverage from numerous national and international media outlets, including CNN, ABC, The Atlantic, Huffington Post, PBS NewsHour, and The Today Show. The original trailer has been translated into multiple languages and viewed on social media by more than 200 million people worldwide.


“It went totally viral and that was such a huge shock, communicating to me that the film touched on a deeply rooted sense of anxiety and fear we all experience around aging,” said Evan. “To this day, I still get emails from people all over the world asking about how they can start a program in their town. People want to feel connected to each other.”


Evan credits her eighth-grade service learning trip to Blough Healthcare and Rehabilitation Center in Bethlehem while at Moravian Academy for helping to inspire the project. “This experience stayed with me and was part of what sparked my interest in addressing the isolation of the elderly population in the long-term. Moravian does an amazing job of fostering empathy and not shielding its students from the harsh realities that are happening in the world. The concept of thinking of someone other than yourself was woven into every aspect of the education at Moravian and I absolutely carry that with me today.”

Evan earned her Bachelor of Arts degree in Literature from Duke University in 2000 and a Master of Fine Arts in Documentary Production from Stanford University in 2008, but she credits her initial love of film to former Upper School photography teacher Mrs. Nancy Frankenfield ’64P. “My career choice had a lot to do with my experience at Moravian and photography. With film, I’m able to blend my love of the arts and photography with my passion for advocacy and social justice.”

For her next feature-length project, Evan is co-directing “Sons of Thunder,” which plans to focus on the first ever Christian rock band that was formed in the late 1960s on the heels of the Civil Rights era and the second-wave feminist movement. The band, which included her mother Rebecca Briggs, was comprised of members from very different backgrounds.

“Somehow during this fraught time politically in our nation’s history, this band was able to build a community with each other,” said Evan, who predicts the film will take years to complete. “The band managed to transcend through a lot of things that are divisive right now, such as race, gender, sexuality, and the role of religion in society. We’re interested in looking at what this band can teach us about empathy, especially given today’s socio-political landscape, and the importance of maintaining connections with people who are coming from a really different place than you are.”
When not diving into her own creative projects, Evan works as a freelance director for a variety of clients and serves as the in-house videographer for Seattle Children’s Hospital. To any students interested in pursuing film, Evan advises, “Talking to a lot of people who are in the industry is a great place to start. Know your path will be a little meandering-and that’s okay. You have to be along for the ride because it’s a challenging career, but a really rewarding one, too.”

This article appeared in the Spring 2019 Moravian Academy Journal on pages 16 and 17.