The lost tapes: Billy Joel played triumphant shows in Northampton 45 years ago. The recordings were lost — until now. 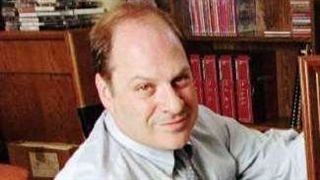 On Nov. 28, 1973, a little-known, 23-year-old singer/pianist played two triumphant shows at Northampton’s Roxy Theatre. Over the years, the performances have become local legend.
That artist, Billy Joel, captivated the crowds largely with new songs from what would become his breakthrough and perhaps his signature disc, “Piano Man.”
The show’s promoter, Denny Somach, captured it all on a cassette tape recorder he surreptitiously placed on stage. Then promptly lost it.
For 45 years, details of those shows were captured only in the exhaustive records kept by Somach — a college student in 1973 working for radio station WSAN-AM, and now a renowned rock music archivist, author and radio and TV producer — or in the memories of the 1,000 or so people who saw them.
This year, while working on a yearslong transfer of his library of rock interviews, radio shows and concerts to digital storage, Somach discovered the lost, unlabeled tape of the Roxy shows.
As the 45th anniversary of the concerts looms Wednesday, Somach is making portions of the tape public for the first time. He’s also considering how to use them to celebrate the concert — which was part of a series WSAN presented at the Roxy by musicians, some of whom would become among the biggest names in the industry.
The tape captures a pivotal moment in the career of one of the most renowned musical artists of our time.
“I think it’s a historical document,” Somach said. “… It’s really a portrait in time.” 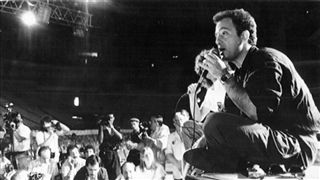 Discovering Billy Joel
Joel has become a musical icon. He has sold 105 million copies of his albums, making him the 12th best-selling artist of all time. In a recording career of 47 years, he’s had 40 Top 40 hits on various charts.
He has sold out New York’s Madison Square Garden monthly since 2014.
But Joel was a struggling piano artist in 1971 when Somach first saw him at a New York showcase for new artists Somach attended for Moravian’s student radio station.
“I had already seen Loggins & Messina and Tanya Tucker, then I saw another act called The Hello People with Todd Rundgren,” Somach said. “And this guy named Billy Joel.
“And he came out, was pretty much by himself, sat at the piano, started playing — he had like a half-hour set. And I was captivated. I couldn’t believe it. This guy just blew me away,” he said.
Two years later, while Somach was working at WSAN, the station decided to book concerts at The Roxy, featuring mostly acts about to break out.
Somach had gotten a copy of Joel’s debut album, 1971’s “Cold Spring Harbor,” at the convention. And while the disc barely scratched Billboard’s Top 200, Somach said he played it on WSAN and got an enthusiastic response.
“Back then you could play whatever you wanted,” Somach said. “And everybody started saying, ‘Hey, that guy’s amazing!’ and we started getting calls.”
The first person Somach called for the concert series was Joel’s agent, Chip Rachlin.
“His agent goes, ‘Are you kidding me? Nobody has ever called for this guy,’ ” Somach said. “And I told the guy, ‘We’re playing [his album]. The guy’s a star here.’ ”
Rachlin told him Joel was taking time off from the business and had absconded to California, where — in a now-famous episode in his life — he secretly was working at a piano bar while “going through some music business problems” and dealing with the poor reception for “Cold Spring Harbor.”
“I couldn’t reach him for six months or so,” Rachlin, who went on to become head of talent relations at MTV and remains a prominent music business agent, said in a phone interview.
Rachlin discovered Joel when an associate asked him to see the singer perform.
“I was literally astonished at how good he was,” Rachlin said. “And later that night I went back stage to meet him, we shook hands, and I was his agent for the next four years.”
WSAN’s concerts started in March 1973 with folk singer John Herald. Later, they booked Todd Rundgren and Manfred Mann’s Earth Band. Rock band Nazareth played its first American date in the series.
Rachlin eventually reconnected with Joel and got him signed to Columbia Records, where he recorded the “Piano Man” album and started looking to go out on the road. Rachlin booked him as an opening act for other acts he represented, “which I found out later he hated. Any other act would have killed to have a tour with The Beach Boys. To have a run of dates with Chicago. I think I even had him on a date with Crosby, Stills & Nash.
“But he told me from stage at [the New York Club] Max’s Kansas City he didn’t like those shows,” he said. “So we were scrambling to find any shows that he could headline.”
Somach said Rachlin called him and said, “Hey, you still want Billy Joel? Here’s the deal: I got one date when he’s not doing anything.”
Somach agreed to pay Joel $500 for two shows. The opening act was Henry Gross, who was a founding member of Sha Na Na, had recently had gone solo and three years later would have a No. 1 song, “Shannon.” Gross was paid $250.
Tickets to the Roxy shows were $1, meaning WSAN had to sell out both shows to make money.The tickets sold out in a couple of hours.
Ready for The Roxy

This article originally appeared in The Morning Call. To view the full article, click here.